Halifax Pop Explosion oh how I miss thee. I've made the long journey, sometimes with only a single showcase lined up. We would hop in the Diesel and away we would go.... drive for 22 hours play a show and be back in time for the guys to get back to work on Monday. Sometimes they would call in sick and we'd stay an party above the Propeller Brewery if only to make fun of Sebastien Grainger or whatever his name is.

This year is one of those years where I'm pretty sure it sucks to be anywhere but Halifax.
Halifax Pop, where I first met the hilarious Ryan Brown of then Glory Glory Man United. He handed me a copy of Friends of the Scene, their debut ep....
and the first song just blew my mind.
Now, after an arduous cold war battle with their lowly publisher we are finally able to re-release their critically acclaimed album ZOMBIES. Look for it on our Bandcamp now and ZUNIOR in the near future. 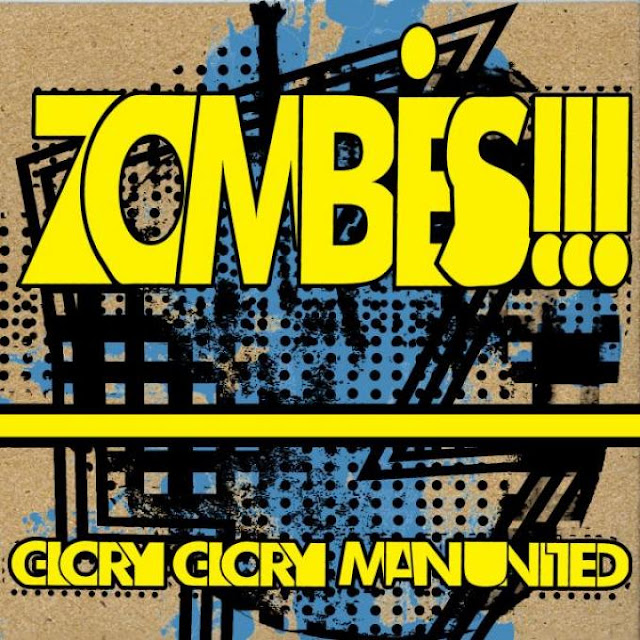 Well, tonight with new and abbreviated name in tow GLORY GLORY help kick off HPX at the illustrious Seahorse Tavern (10:30 PM). Now, tonight there is no shortage of amazing talent playing the finest of Halifax's dive bar scene. Stiff competition that I know these guys are up for. WHat I love about them is that they could really care less if they are "Friends of the Scene", Adam Warren is a new Dad revelling in the creation of a new life with his lovely wife Amelia. Meanwhile Ryan and Gaz are two of the nicest and funny guys I've met. That's probably why I've hit the road with these guys a half dozen times. Well, that and the fact that they are pretty much an incredibly talented crew. These guys are Out of Sound family. Direct, Honest and Real.

Regardless, it would be a shame not to mention some of the other insanely great bands and peeps playing shows tonight:

-Slam Dunk and Humans close out Gus' Pub @ 12am/1am respectively
-Astral Gunk and Crosss give Glory Glory a serious run for their money at Reflections @ 10:30
-Al Tuck is at the Carleton for 11:30

Halifax, you might have treated us like shit in the summer but I love you anyways.
tonight is a night to run around the city and make for the start of a seriously insane week of music.