That's right....
One of our very favourite Cursed Arrows tracks has a new video to launch, and it's a doozy. 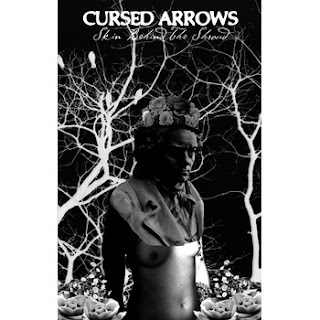 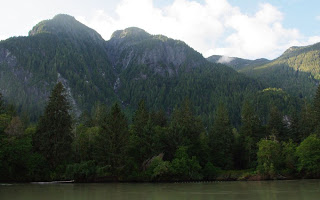 From the plimp strut of Pam Haasen:
Big Sturge’s aquarian guitar heeds a cumulonimbus warning. Low rumbling thunder resides in the near future and if I were a betting man, I’d put twenty across the board on a storm. Near is the rumble, with strings drawn out to bode a “brewing”. Get off your hog and walk it to the cabin with the light in the window. Refuge comes with Side B, for you’ve discovered it was a light behind those clouds. From that mountain above you where the fog surrounds the peak comes a holler of “help!” The loop behind it all disintegrates, the guitar begins plimping and you’ve found an old baseball mitt and bottle of Scotch while looking for a pack of waterproof matches.
at 08:24 No comments:

That's what we've been doing for the last week.
T-shirts, Cassettestival Box Sets, Tapes and more tapes........
we even brought back the compact disc. 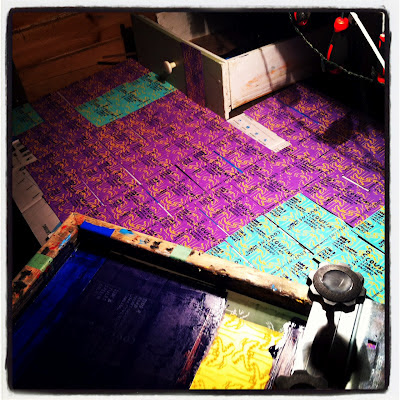 So far, 2012 has been a great year to East-Coast pop-rock darlings, COUSINS from Halifax. From a lengthy North American tour down to South by South West, to an awesome new record out on Saved By Vinyl; the question simply remains, what’s next? This North by North East, Out of Sound Records are celebrating a great year (so far) for Cousins by releasing a limited edition, live cassette.

Out of Sound has long been an important imprint in the DIY community.  While, having released music in the past for such acts as Shotgun Jimmie, Wintersleep and their favourite ELEVATOR; current East-Coast gems like Glory Glory & Cursed Arrows still call OoS home.  We’re extremely excited to unveil the release at Out of Sound’s NXNE 2012 Showcase; Thursday, June 14 at the Annex Live (Cousins play at 2:00 a.m).

The seven-song cassette was recorded on Friday, April 27th at APK Live in London, Ontario as part of the Half a Dino concert series.  The raw energy of their performance is expertly captured on tape, and one can’t help but feel involved.  The album packaging was silk-screened by hand, with Aaron Mangle of Cousins contributing the artwork.

This release showcases one of Canada’s premier East-Coast acts, while exemplifying the strong DIY force driving much of this country’s music scene. While the songs sound near perfect, there are minor imperfections that reveal a honesty, often only found in bootlegs.  The limited release is a celebration of Cousins as one of Halifax’s best acts; yet it is also a celebration of a DIY community that’s flourishing.  Get yours while you still can.

Out of Sound bandcamp: http://outofsoundrecords.bandcamp.com

Half a Dino Bootleg Series: http://halfadino.bandcamp.com
at 14:45 No comments: 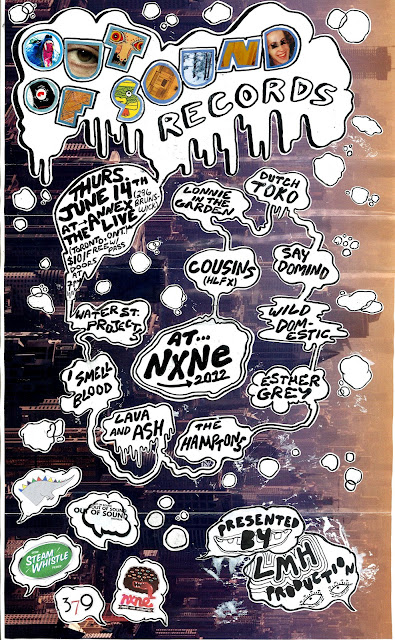 I know North by North East is a busy time for everyone, but it would be great to see you, and maybe you'll discover your new favourite band. The night will also celebrate Halifax-based duo, COUSINS' release of a limited edition live cassette; an NXNE exclusive release, and their first on Out of Sound.

"The tireless efforts of Out of Sound Records have yielded grand reciprocity..." -Exclaim

OUT OF SOUND RECORDS':

WILD DOMESTIC (Sarnia)
http://wilddomesticband.bandcamp.com/
an impressive 6-piece act, complete with 2 live drummers; they create a deadly explosion of sound, underneath layers of 3-part harmonies and fuzz

LONNIE IN THE GARDEN (London)
http://lonnieinthegarden1.bandcamp.com/
pyschadelic pop jams written by one girl, and realized by a grandiose backing band

great, swampy speed-garage-pop nonsense as per the mummies, cramps or voidoids. toronto's growlers if you will

I SMELL BLOOD (London)
http://ismellblood.bandcamp.com/
London's premiere noise rock duo, an ISB set sees a frenzy of sounds and general chaos come together as one.

Dutch Toko (Toronto)
http://dutchtoko.bandcamp.com/
heavily influence by 80s post-punk, it's a combination of artsy-punk and nimble-fingered surfery. they are one of the night's hidden gems

Out of Sound Records

Out of Sound Records humbles itself in the physical medium; silkscreened album covers, coloured vinyl, hand-crafted stamps and cassette aesthetic. Ten years deep, and Out of Sound records has remained under the radar, emerging on occasion from Flint, MI, to Guelph and London, ON, Nunavik even, only to release some of Canada’s foremost DIY albums...often, long before their time. Priding ourselves as documentarians of true art,
we put all of our efforts into making tangible and heartfelt artifacts