London is a great community:

There are a lot of happenings AND this weekend is no exception.
It jussst Screams "SO Austin TX, right now"?

Not that I get the analogy but somebody said it over and over about our bustling little arts community.
Anywhat...
This Saturday September 15th brings a Whole/hole lotta OUT of SOUND and Friends together for some post-summer hang-ons.

We are super excited to announce the first ep release on Out of Sound for Lonnie in the Garden. There is only one location and event fitting enough for this crew; A Psychedelic Cottage yard Sale and release show.

click on the picture above to learn more about the event


So maybe rummaging through hipsters' unwanted wardrobes and wine glasses isn't your thing.
or maybe you can try this (or both) on for size: 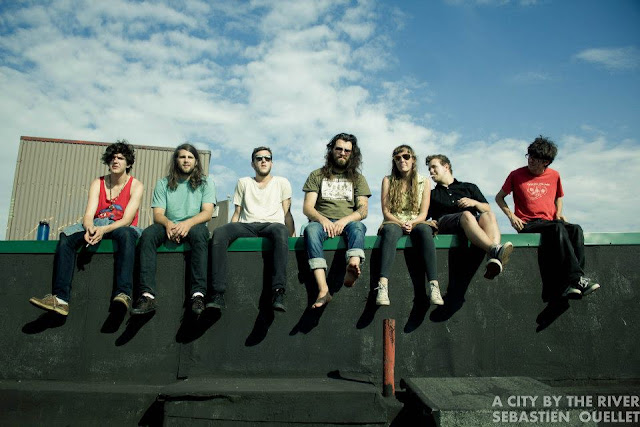 SAY DOMINO
Sturge Says Sounds Like: Ur lil bros band that just got better than U.
A Teen Dream turned into a Twentysomething campaign of Rock n Roll excellence. Say Domino was always good, and then at some point they metElectric Jesus er a Psych-Head Producer holed up in the Royal City who said 'hey you guys are good, you should be great'. The brothers Lourenco and the 'Trocchodile Rock' took the advice and one better'd said Outtersounding Knuckleduster. Back from the East where they became a Beast and left 'Cold Bodies' in their path Say Domino prepares each time out for their best show yet. (Stay clear of the kit, that kid's intent on murder.) 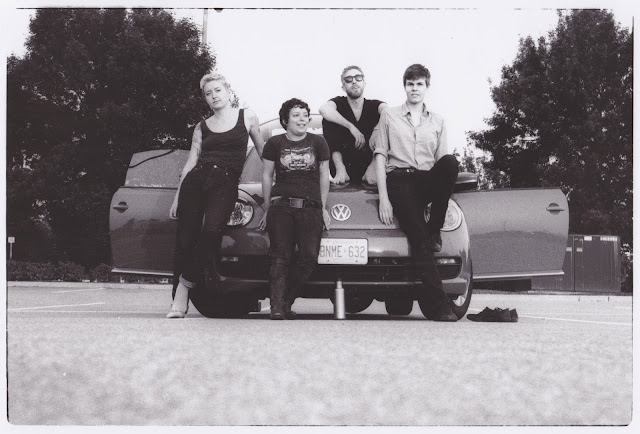 BASEBALL FURIES
SSSL: Crust Bike Gang
From the dugout to the Streets of Warriors, they've been plotting their rise in Garages. These Punks are set to takeover, but they'll start by taking the show. Nuggets lovers and rediscoverers of first wave punk rejoice, they're here for you, but join them or be destroyed. 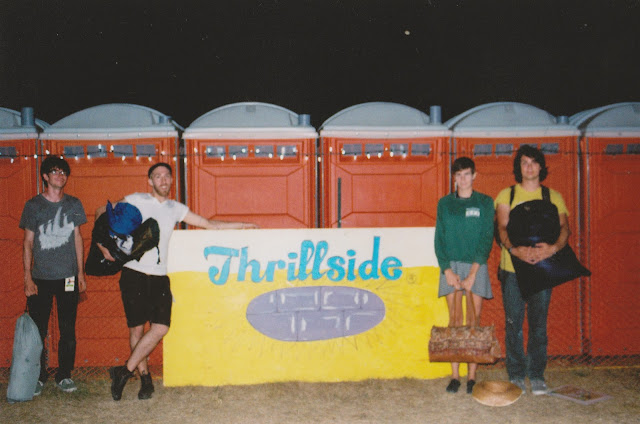 ESTHER GREY
SSSL: Scavenger Dust Collection
Romancing the Old West, these gunslingers are lovers not fighters, but do not piss them off, they've been holed up rocking in the Garage for far too long. Do not adjust your eyes, the music of Esther Grey makes everything sepia tone. It's really undetermined how long before everybody knows the beauty of this band. And when they do prepare to dish the big bucks as they ride the rails alongside Dylan, Cohen, Neil, Lightfoot and the Pre-'77 Guiness World Record songwriters (Tim Glasgow ref.). For now they'll happily offer you a song for your love. 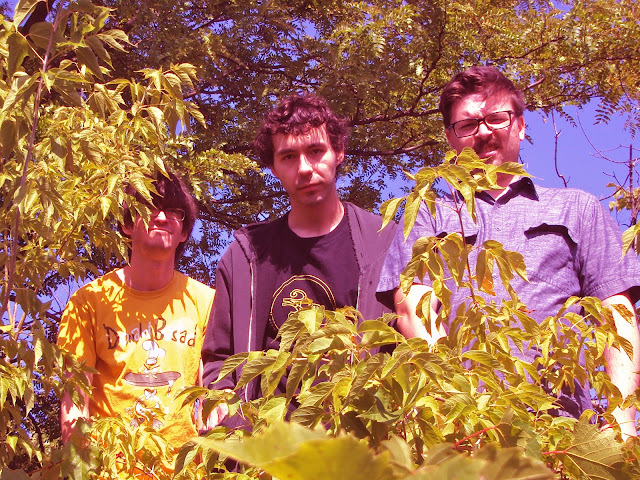 BLEET
SSSL: The Sound a Goat makes... in Videogames
'Open up and Bleet for me'. Like a Trans Am (Thrill Jockey) rolling thru town with the windows down and a trio of mad scientists spraying you with Rock'n'Roll and whatever they can get their hands on. There is a commitment here to drive this funnycar into the future. If Phillip K Dick had set down his pen, and learned how to rock he would Bleet you senseless. Bring an extra pair of underwear! 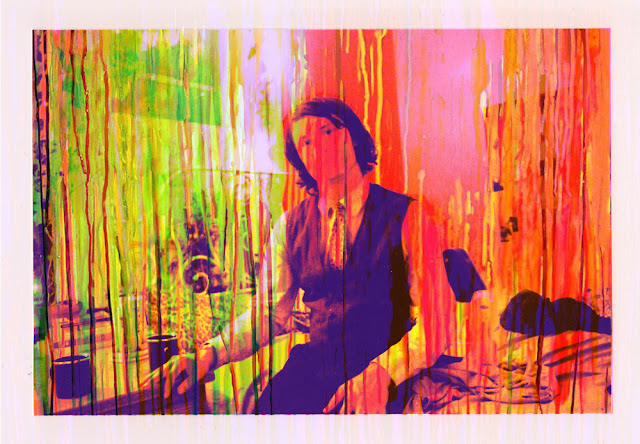 TYSON AND HIS GAMEBOY
SSSL: Melodic Genius Overload
Kicking things off with flavourful Pop the likes we've not had since Lime Rickey made Pop Shoppe the brand to Bleet er beat. Tyson is a timeless Pop machine corrupted by the digital age and it's portable devices namely the Gameboy (or the argaubly better Sega Gamegear). There are no borders to withhold Tyson's intensity, and that's the way we like it. Come early and prepare to rock and roll and dance the afternoon away. 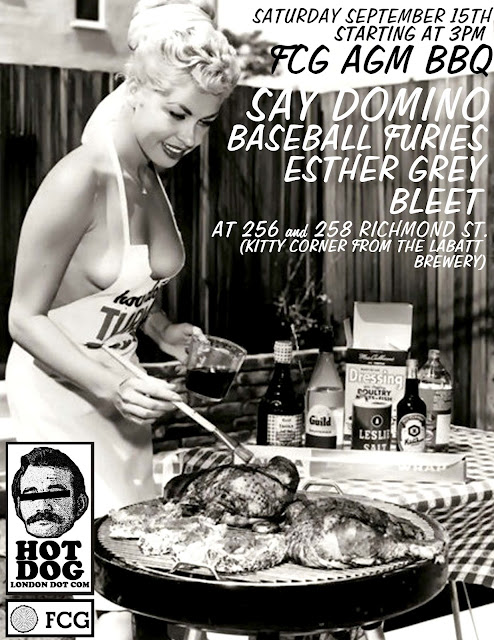 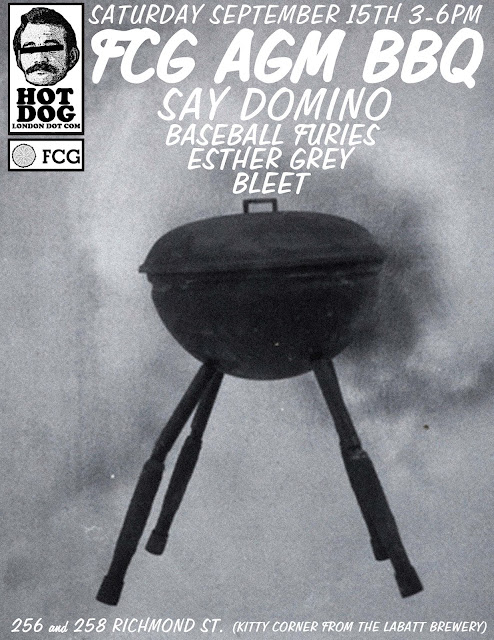 And to finish off the evening our good buds Lonnie in the Garden have their 'Psychedelic Cottage' release show starting at 8PM. 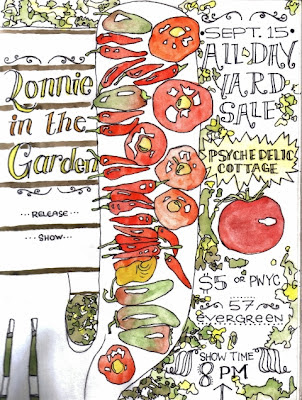 EXCITING NEWS!!! You've been waiting patiently! Now available for pre-order Lonnie in the Garden's exciting new album 'Psychedelic Cottage'! With this purchase you also get a copy of Lonnie in the Garden; Live and Carfree album that was released in June 2012! GO TO --->http://outofsoundrecords.bandcamp.com/releases to listen to a couple of the new tracks on the album!

Psychedelic Cottage, by Lonnie in the Garden
outofsoundrecords.bandcamp.com
6 track album